Health, Medicine, and the Environment Series |"From Africa to Tibet: Telling Plague's Story from the Periphery to the Center" 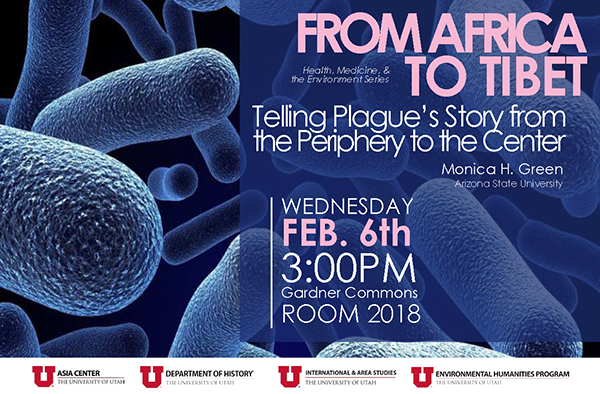 “The 14th-century Black Death has always been understood as one of history’s great disease events. New research suggests that, if anything, we have underestimated its magnitude: it started earlier, spread further, and lasted longer than we’ve previously suspected. We were not wrong about the evidence we had for the Black Death’s effects in western Europe, the Middle East, and North Africa. But new evidence from genetics suggests that major parts of Central and East Asia, and sub-Saharan Africa, should also be seen as part of the Black Death story. This talk will focus on the new analyses of the evolution of Yersinia pestis, the bacterial pathogen that causes plague. Interpreted in light of historical evidence, these suggest that we need to redefine the Black Death—and the whole Second Plague Pandemic that it initiated—as a single biological event with semi-global implications.”