CROCCA, the Consortium for Research on Contemporary China and Asia, provides a forum for graduate students and faculty to present, discuss, and explore collaboration in social science research on Asia. 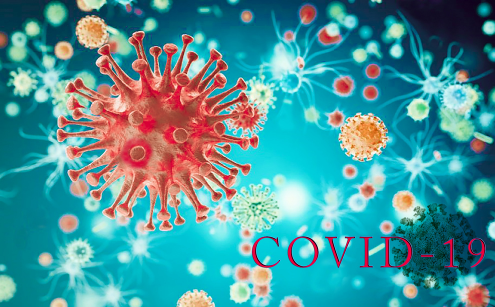 Racial and ethnic mental health disparities during the COVID-19 pandemic: The role of experienced and perceived discrimination

Racial and ethnic minorities often suffer from poor mental health outcomes due to multiple factors and these disparities may be exacerbated during the COVID-19 pandemic. This study examined mental health differences across whites (reference), blacks, Hispanics, Asians, and others in the USA and among Asian Americans. It also explored whether experienced and perceived racial discrimination mediated the observed group differences. This study used data from the Health, Ethnicity, and Pandemic Study, a nationally representative cross-sectional survey conducted in October 2020 that oversampled Asian Americans. Mental health was captured by the Kessler Distress Scale-6 (6 items; α=0.91; ranged from 6 to 30). Discrimination was measured by experienced racial-ethnic discrimination (1 item; dichotomous), experienced racial-ethnic cyberbullying (1 item; dichotomous), and perceived racial bias to own racial/ethnic group (7 items; α=0.89). Weighted OLS regression analyses were performed. Our results showed that Hispanics reported the highest level of psychological distress after controlling for age and biological sex but not controlling for SES. Meanwhile, Asians reported the highest level of psychological distress after controlling for age, biological sex, and SES, and this disadvantage was “explained away” by experienced and perceived discrimination. In the Asian subsample, Southeast Asians exhibited the highest level of distress which could be attributed to their relatively lower SES compared to other Asian ethnic groups. Interestingly, Chinese, particularly scapegoated and negatively stereotyped during the pandemic, were less distressed than non-Chinese Asians in our sample, mainly due to their higher SES. After controlling for discrimination, the Chinese participants’ advantage in distress became even stronger, suggesting they did experience more severe discrimination but their higher SES offset the potentially devastating mental impact of this stressor. 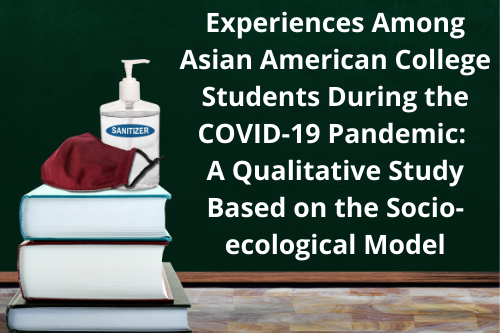 Experiences Among Asian American College Students During the COVID-19 Pandemic: A Qualitative Study Based on the Socio-ecological Model 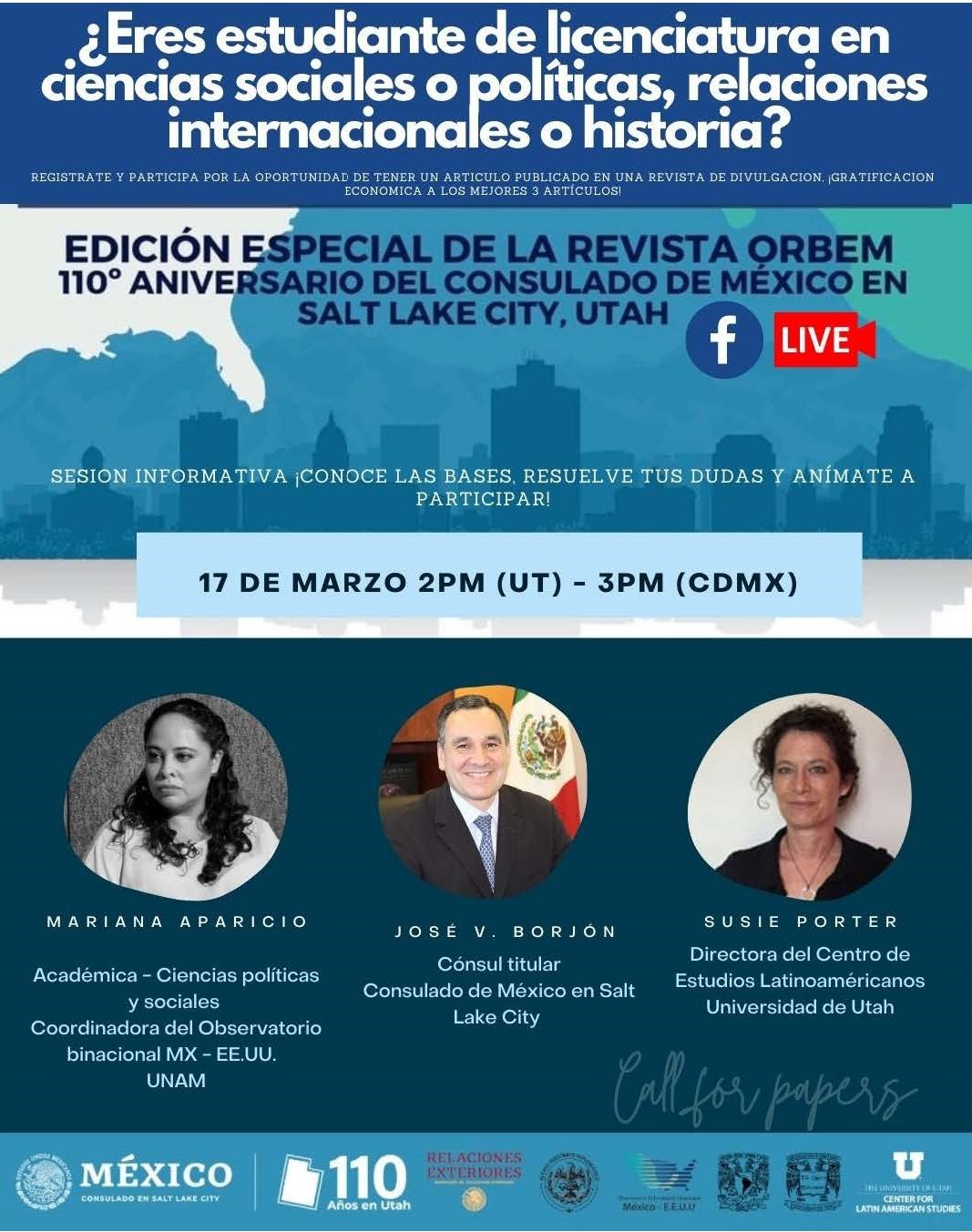 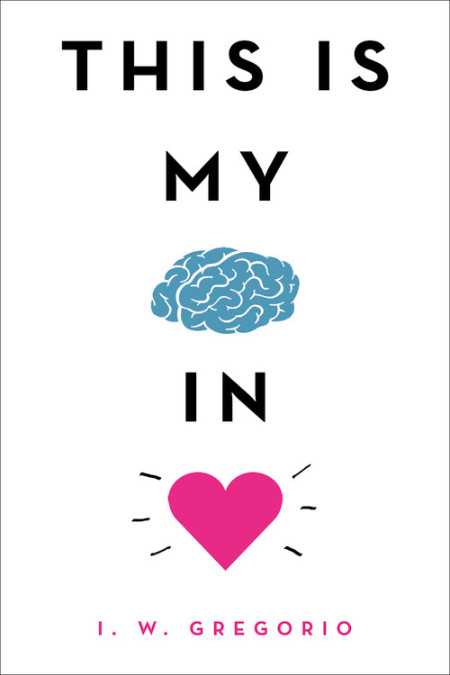 Order your copy of This is my Brain in Love from The King's English Bookshop and receive a 20% discount.

Despite the huge increase in mental health awareness across the world, suicide rates are the highest they've been in twenty years. What role can teachers and librarians play in helping kids navigate tough times? What does good mental health representation look like? I.W. Gregorio will talk about the choices she made while writing her Schneider Award-winning THIS IS MY BRAIN IN LOVE and highlight other important books with neurodiverse characters.

I. W. Gregorio is a practicing surgeon by day, masked avenging YA writer by night. After getting her MD at Yale, she did her residency at Stanford, where she met the intersex patient who inspired her debut novel, None of the Above (Balzer + Bray / HarperCollins), which was finalist for the 2016 Lambda Literary Award, a Spring 2015 Publishers Weekly Flying Start, an ALA Booklist Top Ten Sports Book for Youth, and a 2015 ABC Children’s Group Best Book for Young Readers.  It was also named to the 2016 American Library Association Rainbow List. Her second novel, This is My Brain in Love, is forthcoming in April 2020 from Little, Brown Books for Young Readers. She is proud to be board member of interACT: Advocates for Intersex Youth, and is a founding member of We Need Diverse Books™ and its former VP of Development. Her writing has appeared in The Washington Post, Newsweek, San Francisco Chronicle, San Jose Mercury News, New York Daily News, Scientific American and Journal of General Internal Medicine, among others. A recovering ice hockey player, she lives in Pennsylvania with her husband and two children.

This event is sponsored by the Asia Center at the University of Utah and READ-U. 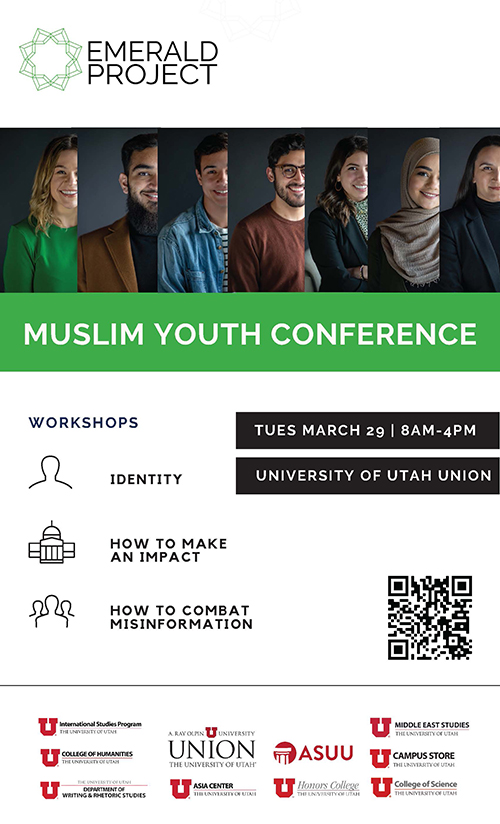 Date: March 29
Time: 8 am - 4 pm
Location:UofU Union
We are excited to announce our first Muslim Youth Conference. This conference will take place in the University of Utah Student Union on March 29, 2022 and will include workshops on civic engagement, navigation of identity, and combating misinformation. Participants will also have the opportunity to connect with leaders, elected officials, and working professionals.
This conference is for all young people exploring their relationship with their Muslim identity. Whether you are religious or non-practicing, whether you are confident with your Muslim identity or not, whether you are openly Muslim or just in your heart, you are welcome at our conference. Being a Muslim in America isn’t easy, at Emerald Project we believe in working together to make being Muslim a little easier.
Breakfast, lunch, and snacks are included!
If you’re a young Muslim in High School or College please register below. We cannot wait to see you there!
Be aware that spaces are limited.
Learn more and register here 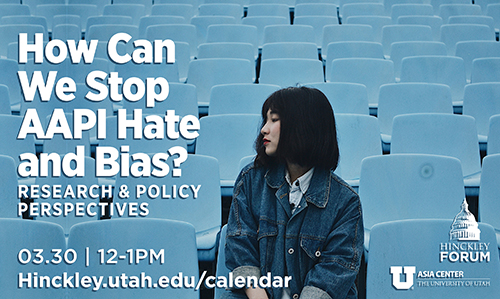 Hate against Asian American Pacific Islander communities has risen in recent years. Join us as researchers and policymakers discuss this growing issue and consider ways to reverse this troubling trend. 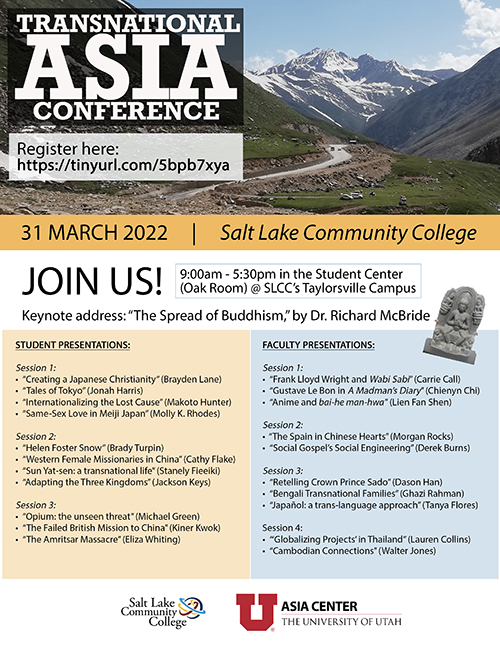 Date: March 31, 2022
Time: 9 am - 5:30 pm
Location: Student Center (Oak Room) at SLCC's Taylorsville Campus
Keynote address: "The Spread of Buddhism," by Dr. Richard McBride
Transnationalism can be defined as a flow and exchange of ideas, people, religions, cultures, goods, diseases, technologies, and capital across various regions that leads to connections and conflicts across national boundaries. These flows and exchanges have always existed in human history. Traders and merchants have bought and sold goods; scholars, educators and religious leaders have spread ideas, religions, and philosophies, and sometimes people and entire communities have moved to, resettled in, or conquered new locations. Such movements and exchanges have transformed societies by altering the relationships between different population groups and sometimes disrupting the balance of power within regions.
Register here